Hives integrated into walls or niches and inside houses 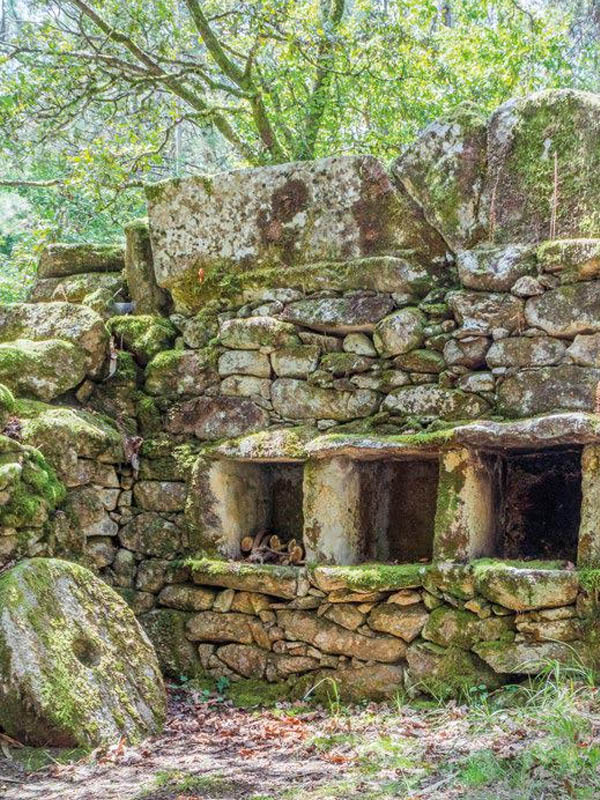 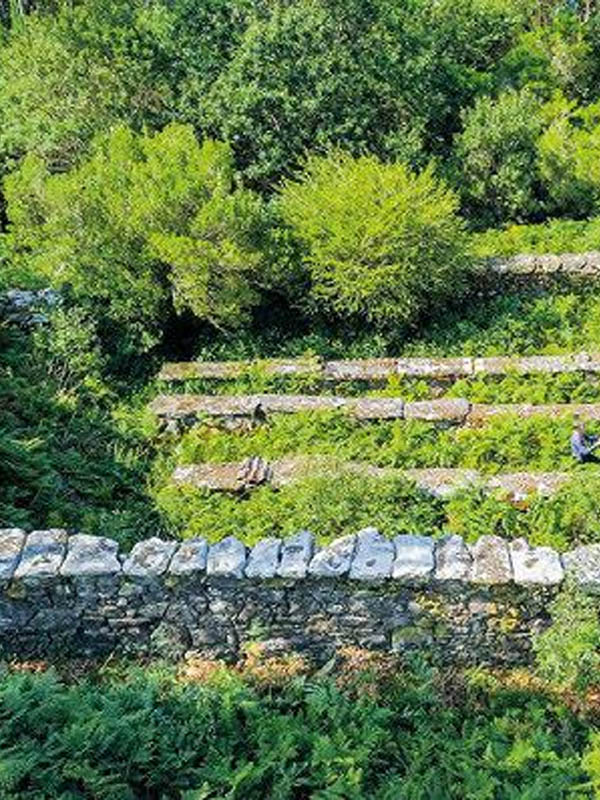 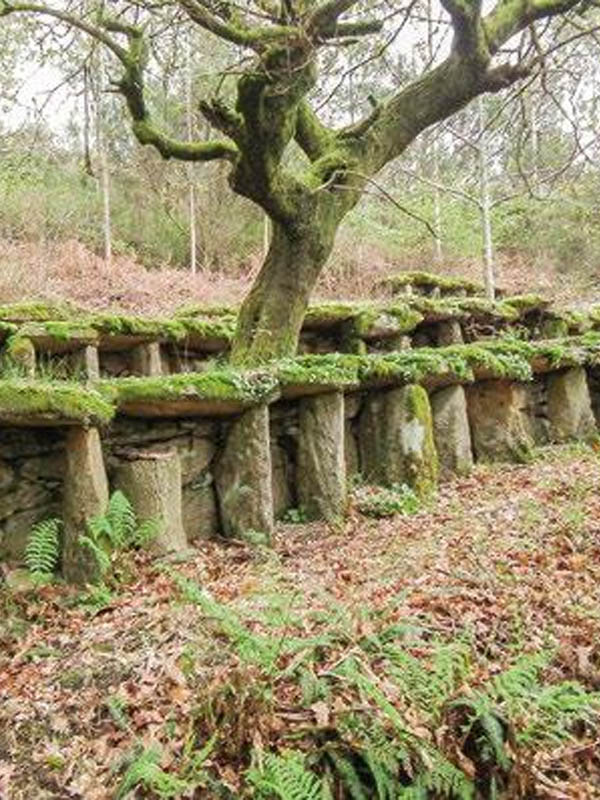 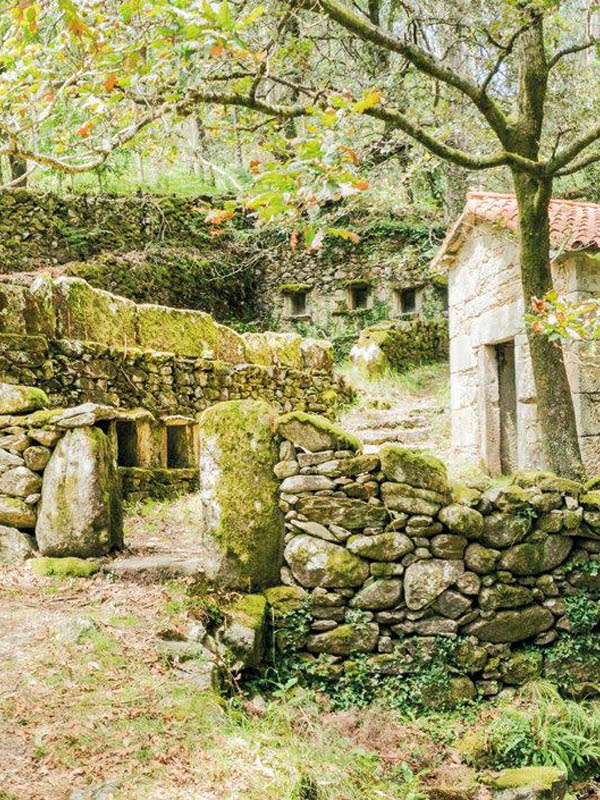 Apiculture in walls and lacunae

In western Galicia, on the Costa da Morte, there are many examples of traditional beekeeping, in which the hives were integrated into the walls or niches and even inside the houses, in order to shelter them. In the municipality of Dumbría is the Ethnographic Ensemble of Ézaro, which has a mill and an annexed alvariza, and on the Route of the Alvarizas in Monte Faro (circular 9 km), in the municipality of Vimianzo, you can find up to a dozen of these linear apiaries of stone slabs. 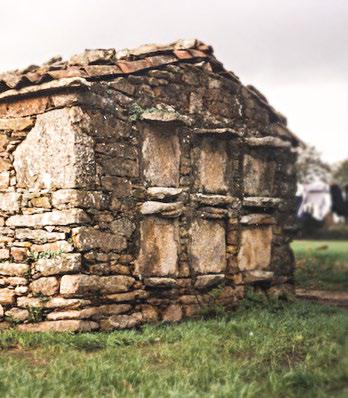 Costa da Morte’s is a notable beekeeping history. Although Benigno Ledo, one of the promoters of modern beekeeping in Galicia, introduced the first movable hives in the late 20th century, traditional hives have been used until recently in the Costa da Morte area. We have numerous historical documents that describe certain places in the area as «honey-producing» and several quotes referring to the wax trade, as well as tithe payments to parishes. In fact, the Costa da Morte was an area packed with monasteries: Nemeño, Cospindo, Seavia, Baíñas, Borneiro, Ozón, Moraime or Tuesto, among others.

The Costa da Morte is a humid and windy area. For that reason, our ancestors adapted these alvarizas in a functional manner and taking into account the surrounding natural environment. In the granite-slab lineal alvarizas, the traditional hives, called cortizos or trobos (beehives), were sheltered by the slab itself. This also made it possible to shield the hives from wild or domestic animals, particularly when the livestock grazed in the forest.

With the same protective purpose appeared the home wall-in bee larders (alacenas), cabaneles (sheds), granaries, mills or stables, which received the sunlight in the pousadoiro (the stone step in the hive’s entrance) and the façade; and in the inside, the heat from people, animals, firewood or hay. In this way, bees were also considered members of the house. What is more, the castra or esmelga (sampling), or the honey extraction from the hive, was also carried out inside through a small door.

Thanks to the existence of this ethnographic heritage, we know that the Costa da Morte has historically been a highly-valued area in Galicia for its beekeeping production. 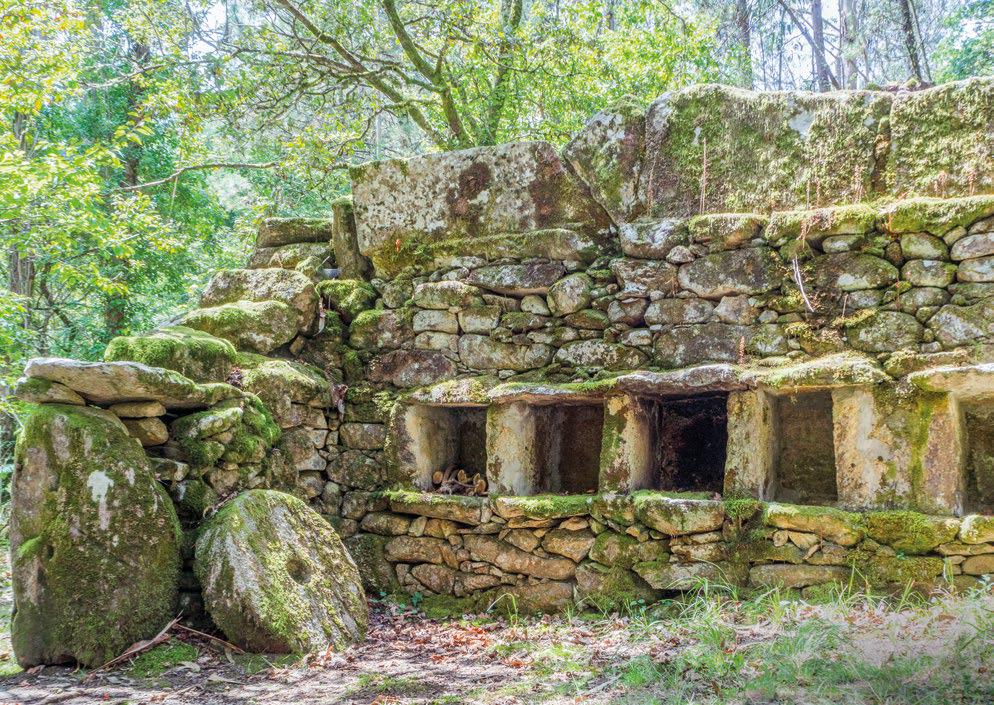 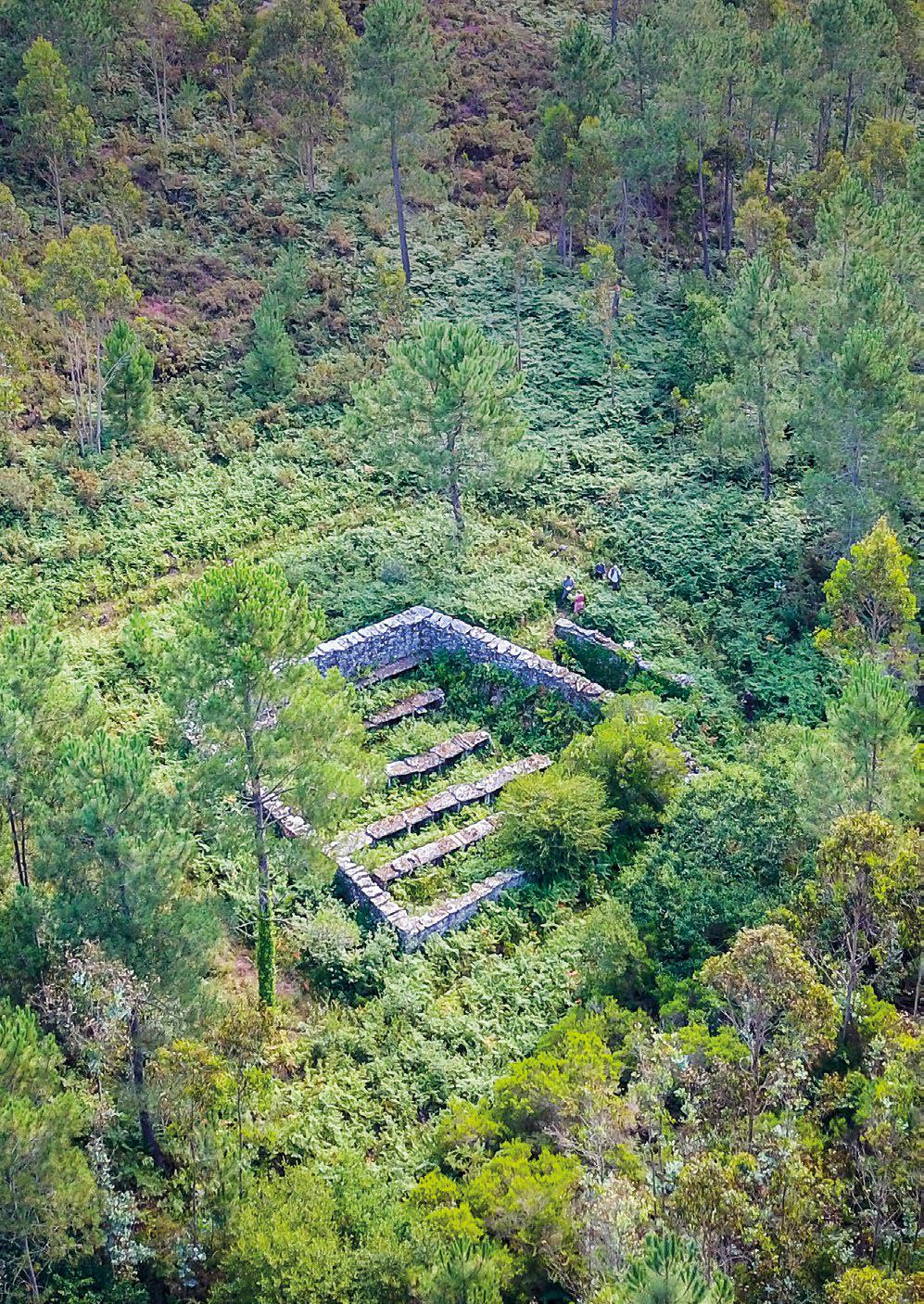